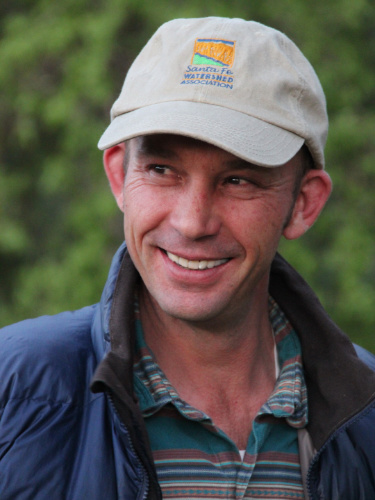 Able was born and raised in northern New Mexico. While growing up, he spent much of his time in the mountains, from which he developed a deep respect for the natural world. At a young age he was exposed to Eastern and Native American internal practices, which have helped him to be centered and open-minded.

he began studying the healing arts from his stepfather in 1985, and has continued to learn ever since. In 1992, he traveled to China as a foreign exchange student and began to study acupuncture. In 1996 he received a Master’s Degree in Oriental Medicine and henceforth has had a private acupuncture and bodywork practice.

Since 1992 he has also been apprenticing with a master of a Taoist internal lineage with roots in ancient China. Working with a daily internal practice that enhances well being, he continues to study, practice, and teach this lineage on a regular basis.

Able has been involved with John Stokes and The Tracking Project since 1986.