Planting the Tree of Peace Hawai’i

“At this very place, Atotarho where the chiefs of five nations will assemble, I shall plant the
Great Tree of Peace, and its roots shall extend to far places of the earth so that all mankind may
have the shelter of the Great Law.”
—The Great Peacemaker from The White Roots of Peace by Paul Wallace

The Tree of Peace in February 2019

In February I returned to our partner site Ha’iku ‘Aina Permaculture Initiative (HAPI) in Ha’iku for a series of meetings and presentations with HAPI’s interns and the local community on East Maui. The visit allowed me to visit the little ‘ulu (breadfruit) tree we had planted as part of a Peace Tree ceremony in April 2017. It is a moving experience — and part of the process — to return to the Peace Trees we have planted to check on their growth. As the late Jake Swamp would say, “We should return to the tree over and over again. The tree will help us remember the words that we spoke while we were planting it. The growth of the tree is the growth of Peace.”

Tended by the interns at HAPI, the ‘ulu tree and all the plants around it have flourished. In just under two years the bare patch where we planted the seedling is now a jungle, teeming with companion plants grown in a style known as “agroforestry” — a style of agriculture incorporating the cultivation and conservation of trees, leading to increased biodiversity and reduced erosion. The agroforestry practiced at HAPI has been introduced to the site by Mauricio Hoffman and his wife, Larissa, from Brasília.

Malik with the Peace Tree, February 2019

In the photos you can see the little ‘ulu keiki (baby or seedling) at the time of the ceremony in 2017 and the site of the tree as it stands in February 2019. For scale, Malik sent us a photo of himself standing next to the tree. The other photos show the plant surrounded by mamaki, awa, ti, ko (sugar cane), laupele, mai’a (banana), comfrey, papaya, cacao, coleus, katuk and more.

The impetus for the Tree of Peace ceremony in 2017 had come from Kekoa Powers who had called The Tracking Project many times to request a tree planting for Maui. He noted that in 1990 and 1991 John and Jake Swamp had planted Trees of Peace on O‘ahu, Molokai, Kauai and the Big Island, but they had never planted a tree on Maui.

We were given the blessings to proceed with the project by our friend, Jeffrey Bronfman, who provided funding through the Aurora Foundation. To select the appropriate tree for Maui, I consulted with friend and mentor Sam Ka’ai. Back in 1990 Sam had offered an ‘awa ceremony at the first Hawaiian Tree of Peace planting on the Big Island in 1990 hosted by Mililani Trask for the representatives of Ka Lahui  Hawai’i. Sam, considered to be the konohiki of the ahupua’a (land division), has offered his mana’o many times to help shape the work at HAPI. He suggested planting an ‘ulu tree , to represent “food for the people.” 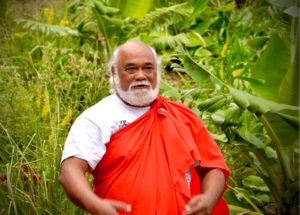 Lisa Bennett Matkin and I traveled to Maui and on April 14 joined the staff of HAPI, local Native Hawaiians and others from the community to plant the tree. Community spokesman, farmer and advocate Alika Atay performed an opening blessing and Jeffrey spoke, painting the background for our work on Maui. Though Sam could not attend, he sent his drum and other artifacts to augment the ceremony.

Jake Tekaronianekon Swamp was a. traditional Mohawk Chief of the Wolf Clan. From 1989 – 2003 we traveled widely planting peace trees. At Jake’s request we had joined his Tree of Peace Society with The Tracking Project to form a coalition we called Tracking the Roots of Peace, presenting gatherings of natural and cultural awareness. Jake had summarized the nine day story of the Great Law of Peace and the Journey of the Peacemaker to create a one hour presentation of this great work. With the people circled around the tree, Jake would tell the story and explain the symbolism of things we were doing today and how it reflected the events of the Peacemaker’s tree planting to create the Iroquois Confederacy over 1,000 years ago. 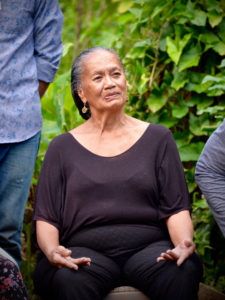 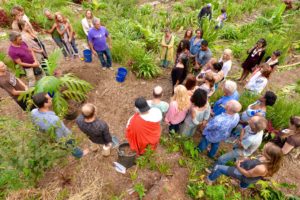 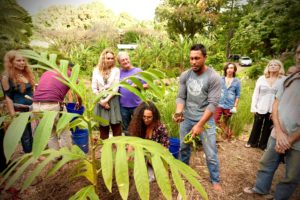 Kale and Kyra offer their blessings

Invoking Jake’s memory, I related the story as I had heard him do it so many times. As the tree was being put into the ground, Aunty Maile offered her words of blessing and everyone in attendance placed a handful of dirt in the hole. Jake would always have someone sing a song of peace for the tree at the closing. Kale, local cultural practitioner, offered a powerful chant. Ho’okipa, a local friend originally from the island of Ni’ihau, offered a song in Hawaiian on ukulele; Darren Williams played ukulele and sang in Hebrew; and to close the ceremony, Jason Harris, a Native Cree who grew up in Rosebud, South Dakota filled the valley with a Lakota song on Sam Ka‘ai’s drum. 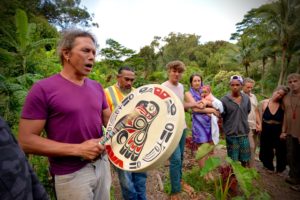 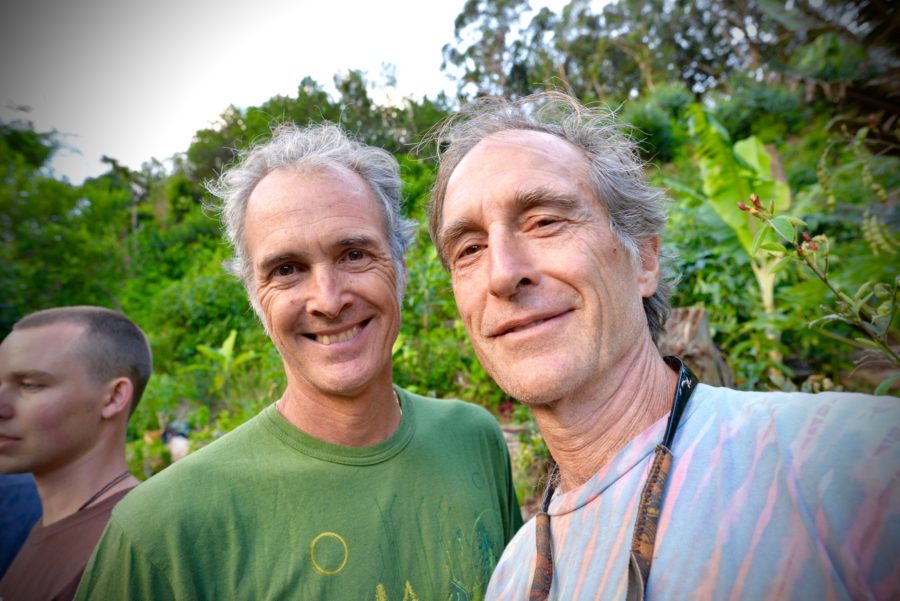 Though Jake passed away in 2010, I’m sure he would be happy to know that his ceremony has reached the island of Maui. We send our Mahalo to everyone who helped with the ceremony and those who attended. Thanks to Jeffrey & Stace and the Aurora Foundation for its vision and support for this and so many other projects. Special thanks to Francis, Adam, Roberto and all the HAPI staff and interns for the work they do.

May our ‘ulu tree grow strong and feed the people. 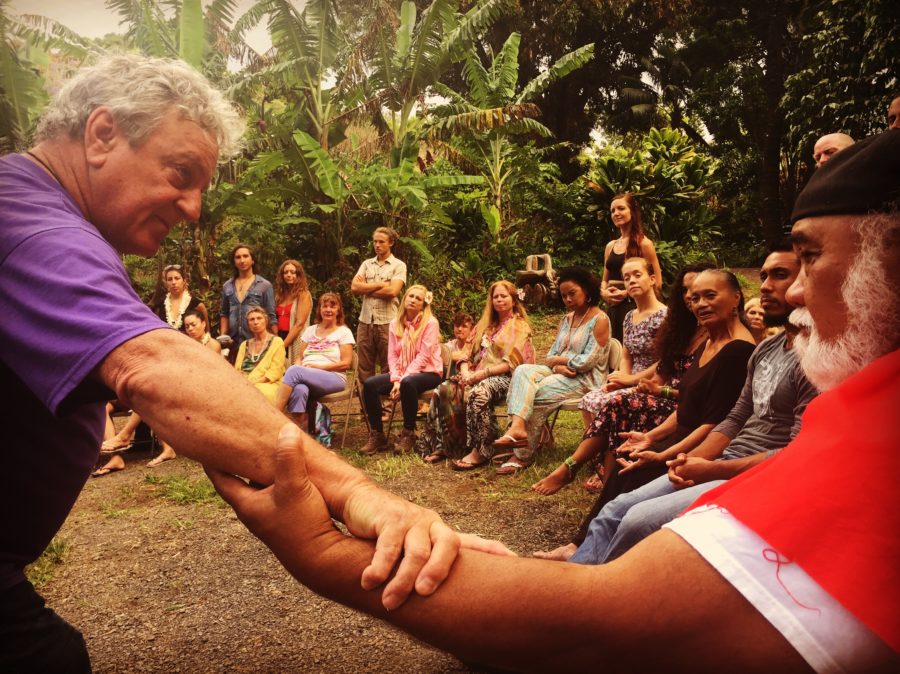 (To read more about our Trees of Peace in Hawai’i click here. Photos credit: Darren Williams, Lisa B. Matkin