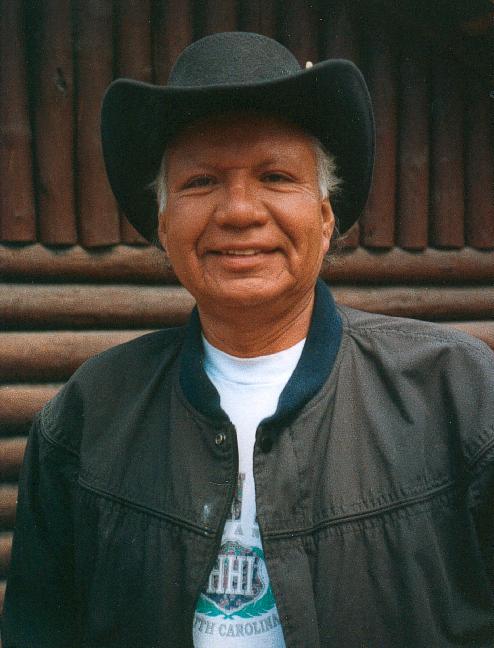 Andy was born in 1943 on the Tamiami Trail about 45 miles west of Miami in Collier County, Florida. He grew up around the Big Cypress Preserve and Everglades area, and was raised in the traditional Seminole and Miccosukee culture and way of life. While growing up, he was taught the traditional language, values, arts and skills by his parents and grandparents.

Andy went to work for the Miccosukee Tribal Corporation in 1972, about ten years after the tribe gained official recognition, and has worked for the tribe since that time in various capacities. At the present time, he serves as a Traditional Judge of the Tribal Court, a member of the Corporation Board, and a consultant to the Business Council on matters of Miccosukee culture. He is also employed as a traditional counselor in the tribe’s Human Service Program.

Among Andy’s other interests and pursuits are the treatment of gambling and substance abuse problems, participation in The Tracking Project (a wilderness experience program) and the Santa Fe Council for Environmental Excellence, writing and performing music, and the study and application of traditional Native healing practices.

Andy has worked with The Tracking Project since 1993.