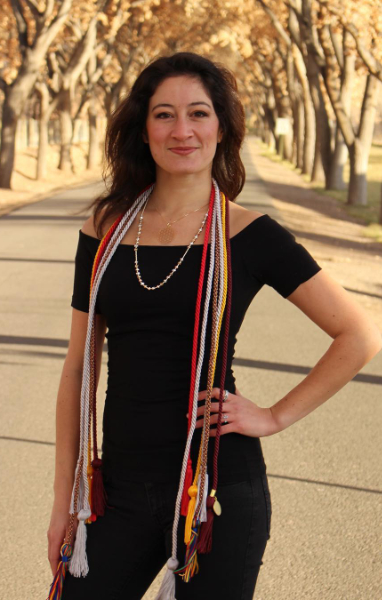 Born and raised in the Albuquerque area, Jade grew up traveling with The Tracking Project. A homeschooling education allowed her to experience many cultures and cultivate her own personal Arts of Life skills in addition to teaching natural and cultural awareness through tracking and survival skills. Jade began assisting at courses in 2005, and became a full staff member in 2007 when she completed her first Nurturing the Roots Community Mentor Program alongside participants from the Cottonwood Montessori School (NTR Cottonwood, 2004-2007).

Since 2007 she has completed two further mentor programs, The Tracking Project/ Hawaiian Inside (2008-2010) and Nurturing the Roots / New Mexico (2012-2014). She continues to be a traveling instructor for the organization, assisting projects in Hawai’i, Tahiti, Brazil, and various states in the US. She is also an active organizer and instructor for the annual camps and courses held in The Tracking Project’s home state of New Mexico.

The study of Classic Latin in high school and an extended personal trip to Brazil in 2012 led to a deep love of romance languages; Jade is conversationally fluent in Brazilian Portuguese and is currently working on Spanish. Her knowledge of romance and native languages aids her in dealing with the multilingual correspondence that arrives at the Tracking Project office where she is a part-time assistant.

When she is not working for The Tracking Project, Jade is furthering her double BA in International Studies and Foreign Languages at the University of New Mexico, a degree that combines her love of language, culture, music, dance, and travel. After completing her BA she plans to continue working with people around the world to spread natural awareness, cultural appreciation, and global community and cooperation.