Greetings to everyone from our high desert home in Corrales, New Mexico.  Here it is, the end of another year.  In October we moved into our 37th year of operations as a not-for-profit organization offering classes, gatherings, camps and trainings in natural and cultural awareness.  Here is a short report on what we were able to accomplish this year.

Our first outings were inspired by indigenous elders first in Australia and then in North America, who asked us to help re-construct the Nature training that had been a part of their youth’s education.  As Mohawk leader Jake Tekaronianekon Swamp had put it, “The first 300 years were really difficult, but we managed to hold on to as much language and culture as we could.  But then things got even worse, and one of the things that got lost was the training of the youth. This is something you can help us with.”

The Elders had lots of techniques to share.  In Australia, one of the Aboriginal elders had shared with me that it was not important to create a large organization to accomplish this work.  “Stay small, but have a big effect,” they had told me. This was echoed by Mohawk elder Ray Fadden who shared “Keep your project small at first.  That way, if you make a mistake, it will just be a small mistake.  And it’s easier to control what comes in and out of the project when it is small.”

Following the wisdom of these and countless other Native elders, we began to design our camps for youth and adults and watched as the work spread around the world. Once we found out what exercises worked the best, we designed our curriculum.  And once we had the curriculum which we called the “Arts of Life ®”, we were encouraged by other elders to create a global network of educators who would share the work on an international basis. The training of this network took place from 1996 – 2017 — we gave it the name Nurturing the Roots ® and you can read a synopsis of the process on this page from our website:

Our work in the past three years due to our inability to travel because of COVID has shifted from running trainings to maintaining and advising the many mentors within our global mentor network.  Needless to say, advising and counseling the members of this vast network is time-consuming, but valuable.  We have remained small (there are still just 2 of us in the office!), but we have a good circle of Elders and advisors who help us on all fronts.

(The following is my post from FaceBook this past August when we learned of the passing of a dear friend. As you will read, John Fadden was a part of our story from the very beginning.)

On August 13 we lost our great friend John Kahionhes Fadden.  Artist, educator, storyteller, culture carrier —if you research anything having to do with the Haudenosaunee, you will surely come upon some of John’s prolific artwork.  His drawings have become the classic images.

I don’t want this moment to slip away without noting John’s tremendous and indelible contributions to The Tracking Project and our work with Indigenous youth all over the world. It was in 1985 when I had returned from almost seven years with the Aboriginal community in South Australia that artist/ poets Peter Blue Cloud and Daniel Thompson took me from the Akwesasne Notes office at Raquette Point to the Six Nations Indian Museum in Onchiota, New York to meet the Faddens.

Elder Ray Fadden was immediately interested in what I had learned from the Australian Aboriginal elders.  He didn’t need any convincing that we should start a series of tracking and survival skills camps there at the museum.  Ray saw this as a continuation of the work he had been doing with Iroquois youth for decades.  “You be the boss,” he said to me.  “No way,” I said.  “You’re the boss.”  “Okay,” Ray said, “We’ll both be bosses.”

From 1985 to 1986 we held five camps at the museum. These early camps turned out to be the models for all The Tracking Project camps that would follow. By late 1985 I had moved to Corrales, New Mexico and filed to become a not-for-profit corporation.

At a school in Albuquerque in 1985, I met Jose Rey Toledo, well-known artist and drummer from Jemez Pueblo, He pointed to the mountain east of the city and said, “They call this mountain the Sandias, but I want you to call it by its old name.  The name is Oku Pin and it means Turtle Mountain.”  The following night I had the first in a series of dreams that involved a large multi-colored turtle.  In the second dream, the turtle had been smashed into tiny pieces and the rain had stopped falling, as the turtle was the keeper of the water. Together with a group of caring people, we put the turtle back together as a beautiful mosaic and the rain returned.

From this dream, I took the phrase “Bringing the pieces together again.”  I asked Kahionhes (a member of the Turtle Clan)  if he would draw me a long-necked snapping turtle with its head and heart together, but to pull the other plates apart, representing the work we all had to do.  He then drew the turtle which has been our trademark since that time.

In 1991 we began to have meetings at the museum to produce a version of Ohén:ton Karihwatéhkwen (Thanksgiving Address).  The group included: Kahionhes, Jake Swamp, Rokwaho, Ed Benedict and me.  We divided up the duties and Kahionhes agreed to produce all the artwork for the project. Rokwaho provided the translation in Mohawk.  Over the next two years, we produced the first edition complete with English text, the Mohawk translation and John’s beautiful drawings.  Kahionhes and I decided that our lives had been changed more by little books than by big books, so we made it small enough to be carried easily in ones pocket. Thirty years and 21 editions in 11 languages later, the book continues to travel around the world, spreading the message of gratitude, peace and appreciation for the gifts of the Natural World. 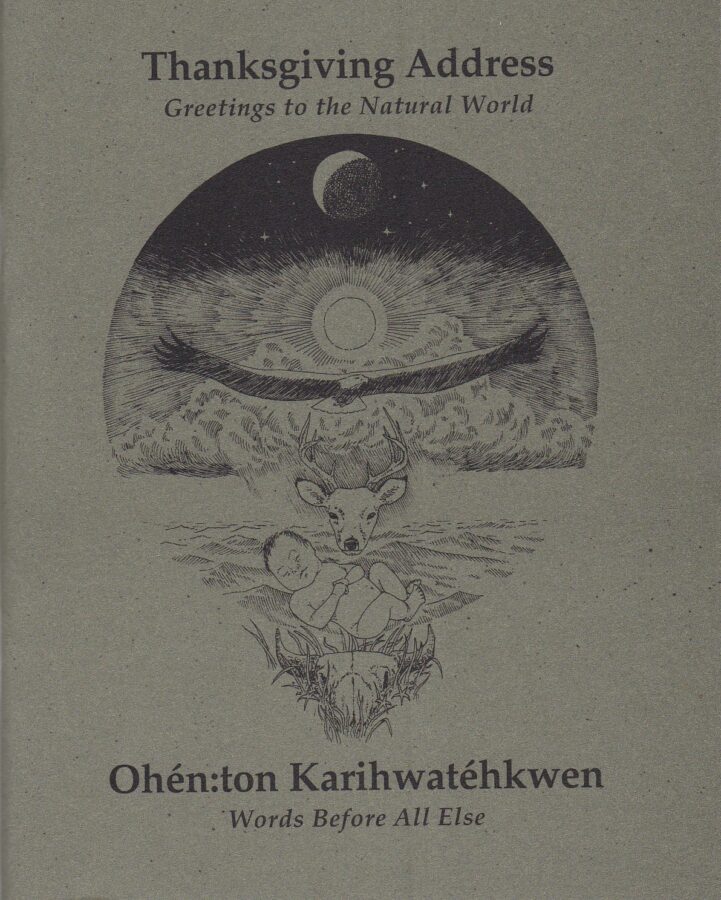 In the late 1980’s I decided to make a poster of Southwest animal tracks. I provided Kahionhes the average adult track measurements for each species and he meticulously produced each drawing to its exact size for our Tracks of the Southwest poster. 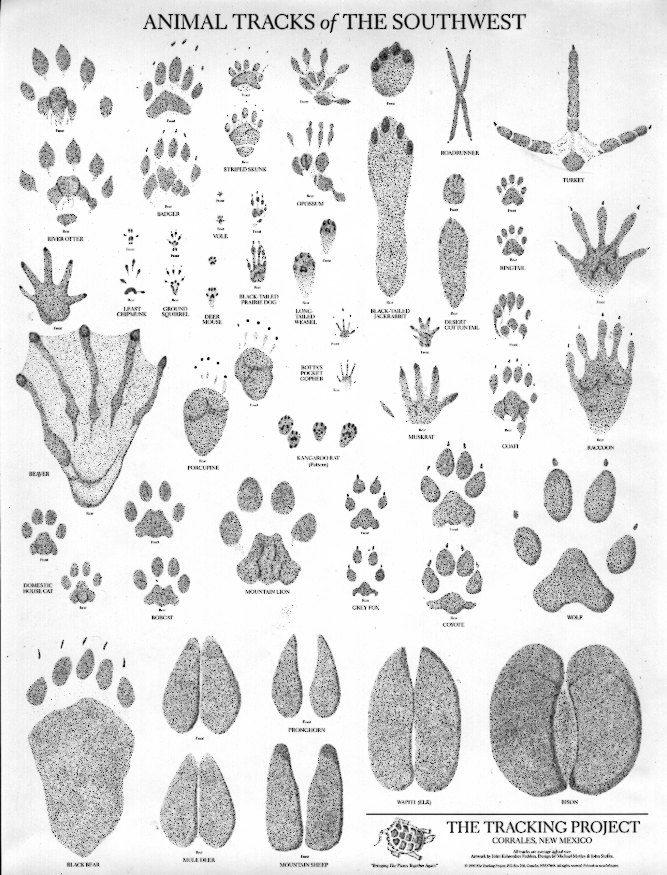 There were countless other projects over the years that we took part in, including the Ahkwesasne Science and Math Pilot Project (a ten year endeavor to produce a Mohawk-friendly science and math curriculum). And he generously gave us permission to use his artwork in all of our Tracking Project trainings.  Even up to the arrival of COVID 19 we were still working on a bumper sticker that would use one of John’s drawings of his mom, Christine.

We send our love and our condolences to John’s family and to everyone who was touched by his work.  We are happy to see that his work will continue to go out into the world through the efforts of his family and the Six Nations Iroquois Culture Center.

Sharing dreams in a daily dream circle has been a feature of all Tracking Project camps and trainings since we started our work. Learning to remember our dreams, to share them with others and to work at tracking the imagery is such a valuable skill.

Over the last three years of not running camps, we have held an online Dream Circle for a dedicated group of adult dreamers, meeting on the first Friday of each month to look at new perspectives in dreaming and to share our dreams with a small, intimate group of friends.  Lasting 2 1/2 hours and conducted via Zoom, these circles were hosted by Lisa Bennett Matkin and SHEA Tree Center (Sacred Healing Earth Arts). As of this month, we have held this circle 31 times.

Going forward into 2023, we will continue the monthly circles, but sign-up and registration will now be done through our office rather than SHEA Tree.  For registration and more information please contact us at: 505.898.6967      office@thetrackingproject.org 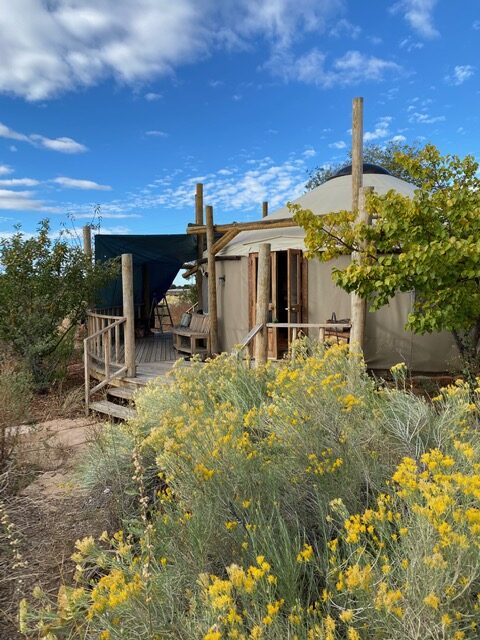 In addition to the monthly circles, we have been offering a more in-depth dream experience.  Starting in 2017 I decided to offer a course on dreams and dreaming that would honor some of the vast knowledge I have gained through decades of work with traditional elders and healers from around the world.  Traditional cultures have found an amazing range of styles to express their experiences in the dream world.  Using the technique of Dreamtracking ® we look at the ecology of dreams through the eyes of many varied cultures and traditions.

We plan to continue holding two of these gatherings in 2023 — in May and in October — gathering in a private yurt outside of Santa Fe, NM to examine this fascinating topic.

Please see the Calendar page of our website for more information. 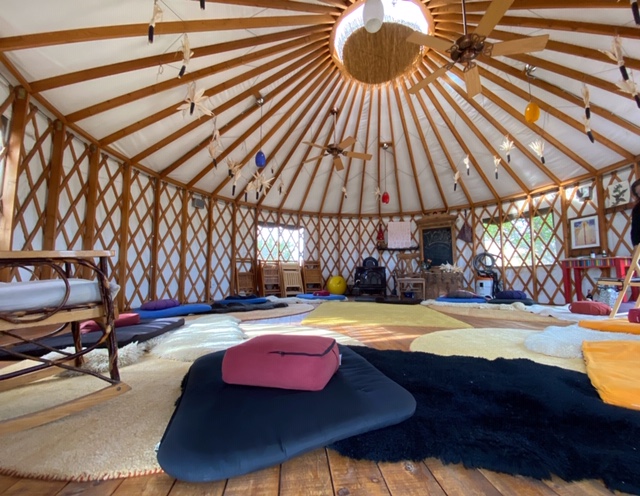 Tracking the Roots of Peace — an idea re-visited

I have been playing with the idea of creating a new version of Tracking the Roots of Peace, based on the programs that I ran with Jake Swamp under that same title.  You can read more about these original programs at:

The idea would be to use the Tree of Peace which we planted in a ceremony in 2019 at the yurt in Santa Fe with Oren Lyons and conduct a series of talks and exercises over a period of several days.  Jake used to always say that the planting of the tree was only the first step.  After that, the tree needed to be watered and cared for.  As it grew, it would provide more shade and shelter for those who came to be with the tree.  In that way, the tree becomes a sort of “Peace Institute” where we can go to remember the story of the Great Peacemaker, the creation of the Iroquois Confederacy and all the good things that have come from those actions.

I have spoken with a few Iroquois people who expressed an interest in joining me if the idea gets off the ground.  And I have begun the conversation with Belinha Crema of UNIPAZ (the University of Peace) in Brasília to bring the program to Brasil in 2023 as part of her work with the youth at UNIPAZ.

Watch our Calendar page for updates as we continue to develop this idea.

YOUR CONTRIBUTIONS — "I'm with you!"

Since 1986 we have maintained a rigorous schedule of community visits, speaking engagements, camps and mentor trainings, inspiring and teaching thousands and thousands of people, young and old. In the past we could respond to a request from a community who had no funding and somehow, we would make it work. But now, the size of our “extended family” and the number of requests we receive each year is simply too great.

Your gift of any size can help us spread the word of Natural Awareness, cultural respect and the need to preserve wildlife among the many individuals, organizations, tribes and communities that request our services. The DONATIONS page of our website– www.thetrackingproject.org/donate/ — provides some idea of what we are able to accomplish with donations of varying sizes.

There are lots of ways that you can support us.  You can purchase some of our fine apparel or teaching resources such as the Thanksgiving Address or our Thanksgiving Address notecards.  Think of us when you shop on Amazon — go to smile.amazon.com and choose The Tracking Project as your selected charity.  Finally, you can make a straight donation via PayPal on our DONATIONS page.

A few years ago,  a small, but dedicated group of donors chose to make a monthly scheduled contribution via PayPal that continues to this day.

In any case, send us a tax-deductible contribution… and watch the Turtle work!

We send you our Best Wishes for the Holidays and look forward to seeing you in the New Year.