Message from the Director

Greetings to you from our high desert home here in northern New Mexico, where our fruit trees are already in full bloom and our acequias are filling with irrigation water.

As ever, the tracks of the turtle have led us to distant lands and new adventures as we shared our Arts of Life® programs of natural and cultural awareness with interested people around the world — from the cottonwood / willow banks of the Rio Grande here in Corrales to the sacred peaks of La Sierra Nevada de Santa Marta, Colombia, from the dense forests of East Maui to the lands of the Iroquois in upstate New York.

The Tracking Project (TTP) is a continuation of the work I began with Australian Aboriginal youth and elders (1978 – 1983) to preserve language, cultural knowledge and land rights for indigenous people. Upon returning to this Turtle Island, the elders of the Mohawk Nation asked for a demonstration of what I had learned in Australia. This led to a series of camps for Mohawk youth with the Fadden family at the Six Nations Indian Museum in 1984. To take the work to the next level, we sought a not-for-profit status which was granted to us in 1986.

Since that time, a team of artist / educators and traditional Native elders from TTP have designed a series of teachings which connect individuals directly to the Natural World, training the youth, nurturing the elders, preserving wildlife and biodiversity while supporting cultural survival and community revival.

Through Nurturing the Roots®, our three year community mentor program, we have created a vast global network of educators who share and practice the Arts of Life. Our international community now includes partners/programs in Hawai’i, Brazil, the Philippines, Sweden, Spain, Colombia, Japan and Australia.

Our programs are a celebration of diversity within our human family, bringing people together through a better understanding of our shared human needs and the necessity to preserve and care for the Natural World that sustains us all.

“Bringing the pieces together again.”

In 2015 and 2016 we traveled so much and took on so many projects that I have found it difficult to sit down and write about the work. It reminds me of a quote from Henry David Thoreau that poet Gary Snyder brought to my attention many years ago:

My life has been the poem I would have writ
But I could not both live and utter it. 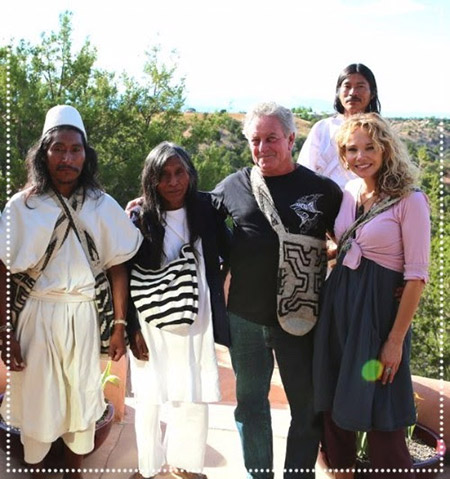 People of the Earth

In February 2015, we learned of a Unification Process — a path that could lead humanity back to its awareness of UNITY, brought forth by Spiritual Authority from the Sierra Nevadas de Santa Marta in Colombia, known as the Heart of the World, and guided by the Elders of the Four Peoples of the Earth (the Kogui, Arhuaco, Wiwa and Kankuamo).

In April 2015, my partner, Lisa Bennett Matkin, and I traveled to Nabusimake, Colombia for the interview. We met with spiritual leaders of the Arhuaco people and began a dialogue for a series of potential collaborations between The Tracking Project and the Elders. They shared their vision of a worldwide Unification Process which would restore Life Originating Principles in the collective consciousness and remind us all of our responsibilities in the sacred web of life. The Tracking Project’s mentor network was seen to be a possible vehicle to assist in this process.

Our meetings went well and in September 2015 a delegation of Wiwa and Arhuaco Elders came to Santa Fe to hold private and public gatherings with TTP, the Aurora Foundation and New Enchantment.

At the invitation of the Elders, Lisa and I traveled once again to Colombia in January 2016 to take part in a ceremony with others from the US, Mexico, Guatemala and Colombia.

And the work continues… Through Nelson and Erica, we maintain contact with the Elders and the many endeavors they are undertaking toward Unification within their own lands. They are encouraging us all to come together to heal our beautiful Mother Earth. We hope to assist them by helping to amplify their voice in the world.

Our deepest thanks to Nelson, Erica and the people of MERT for providing us with a bridge to the Elders from the Heart of the World.

Our work with the Hawaiian community has continued in many forms and on many islands since 1985. One of our on-going projects in recent years has been the Upper Campus Hike with our friend Brad Cooper and the students of Grade 7 at the Kamehameha School, Kapalama Campus. Over three days, we take approximately 310 students on the trail, sharing natural and cultural teachings in the forest above the school. Caution: this is considered an Xtreme Sport. 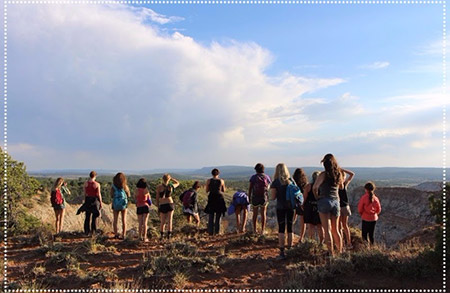 And we continue to offer Tracking in the Southwest, our week-long tracking intensive for adults (ages 18 and over) near Cuba, New Mexico. This year the course will take place from September 9 -16.

There are many more projects, both nationally and internationally, but I will save that for the next newsletter.

We send our Greetings and Thanks to everyone who has pledged themselves to our work — to our contributors, our supporters and the foundations who believe in us. We will continue to evolve as an organization — working for the youth, the Natural World, the preservation of wildlife, and the growth of understanding among all people.