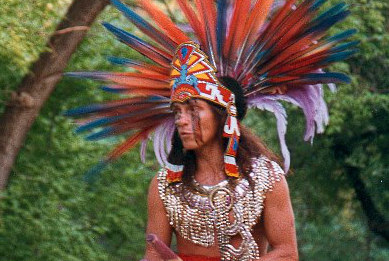 A community activist of indigenous and Hispanic descent, PAZ has worked for indigenous rights since 1970. He has been a member of the Chicano Movement, AIM (American Indian Movement), Congress of the Fifth Sun, Huehuetlatokan (Elder’s Council), and Tehtlatol Chichiltik (Red Tradition), which is the dance and ceremonial aspect of the Mexika People of Mexico.

PAZ has been associated with The Tracking Project since 1995 and participated in their Nurturing the Roots project as a Mentor, is a staff member of the Hawkeye Training Camp, and assisted in the Spanish translation of the Thanksgiving Address. PAZ is on the advisory board of The Tracking Project.

In 1971 PAZ began his career as a visual artist and is an accomplished sculptor, painter, and jeweler. He is director of Ehecatl Aztec Dancers and Voladores.