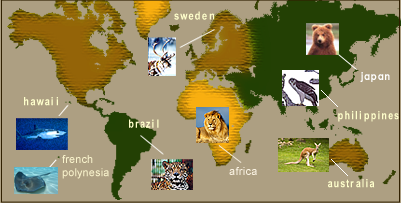 As 2008 came to an end, I heard from friends that Nanao Sakaki had passed to the other side on the night of the Winter Solstice in Nagano Prefecture, Japan. On January 17, 2009, I joined others who had known Nanao from the late 1970’s and 1980’s in a reading in Santa Fe organized by Chris Wells. The invitation to the memorial reading / party read: 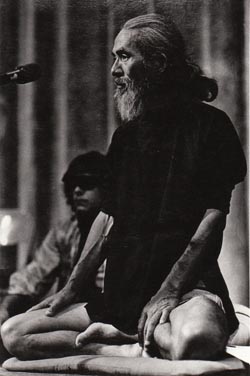 Nanao was a remarkable person—poet, singer, walker, activist and inspirational spokesman for wild places and wild states of mind. In his foreword to Break the Mirror: The Poems of Nanao Sakaki (North Point Press, 1987), Gary Snyder writes:

Nanao Sakaki’s poems and presence are known from Tokyo to Amsterdam, New York to London, Maine to San Francisco. He also lives and works—completely at home—in the mountains back of Taos, in the deserts of the lower Rio Grande, in pine forests of the Sierra Nevada, the subtropical islands of the Ryukyu archipelago, the chilly spruce woods of Hokkaido, the narrow alleys of Kyoto, and the ten thousand bars maze of Shinjuku, Tokyo. He is one of the first truly cosmopolitan poets to emerge from Japan, but the sources of his thought and inspiration are older than east or west. And newer.

The story of how Nanao and I met is summarized in a chapter I contributed to a story collection entitled Nanao or Never, published by Blackberry Books in 2000:

From 1978–1981, I worked to coordinate a 6 week tour of urban and outback Aboriginal Australian communities for Nanao and Gary Snyder. I was working at a college for adult Aboriginals in Adelaide, South Australia—the Aboriginal Community College—now called Tauondi, Inc. Seeing a tremendous lack of awareness of Aboriginal people, I had written a letter of invitation to Gary in 1978, asking if he would ever like to come over and meet the people. My friends and I thought that Gary could spread a positive message about Aboriginal culture to the world. The conventional Aboriginal wisdom was: Help will come from outside.

Gary thought it was a good idea, saying he would like to bring another poet when he came. The tour took a long time to put together, but eventually it was supported by the National Literature Board of Australia, as well as several state Arts Boards and the Aboriginal Arts Board. We decided to call the tour Poems of Land and Life.

In 1980, Gary wrote to say that he would like his friend Nanao to accompany him. I returned to the United States in 1981 to meet Nanao and Gary and return to Australia for the tour. Some friends and I drove from the east coast to Albuquerque and then to Taos, where we picked up Nanao. From there, Nanao, my friends and I traveled on through Navajo country and Hopi land, across Death Valley and into the Sierra Nevadas to Kitkitdizze. I sprinted ahead to Australia to set things up in Sydney, where Gary and Nanao joined me two weeks later. 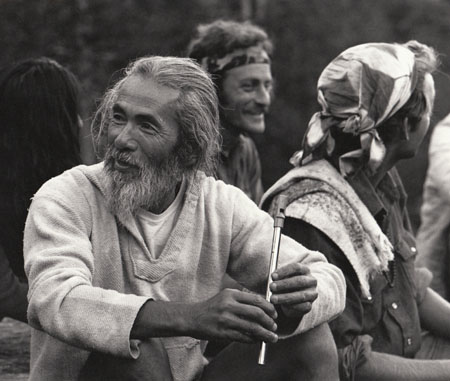 Poems of Land and Life took us in a huge circle from Sydney and Brisbane to Adelaide, the outstations of Pitjantjatjara country, the tribal lands of the Pintubi, and then to Canberra, Sydney and Tasmania. Along the way, Gary and Nanao met and performed with Aboriginal writers, poets, musicians and tribal elders. Nanao was deeply moved by the Aborigines and by the wildlife of Australia. During the trip, he produced five poems—“October 1, 1981,” “Platypus,” “Chant of a Rock,” “Break the Mirror” and “Little Captain Cook/Penguin”— which are gathered in “Part III, South Pole Star” of Break the Mirror.

Each poem has a cool story. One night, we were sitting in the dirt under the stars of central Australia in Pintubi country, the old men clacking boomerangs and singing the song of the songline we had traveled that day, eating kangaroo. The next day we drove back to Alice, flew to Canberra, and that evening attended a stuffy literary party. “Too confusion,” Nanao kept saying, shaking his head as we drove to our hotel. “So miserable.” Early the next morning, he burst into my room, eager to show me a new poem he had written that morning: “Break the Mirror.”

At the time of our tour, the desecration of Aboriginal sacred sites by American and Japanese multi-national companies was a hot topic. Through their writings and public appearances, Gary and Nanao helped to spread the word of the situation in Australia. To honor his commitment to the Aborigines, Gary produced the essay “Good, Wild, Sacred” (collected in The Practice of the Wild, North Point Press, 1990). In addition to his poems, Nanao continued to share his experiences with his large following of young Japanese people in Japan and the United States.

Well into the late 1990’s, Nanao continued to visit when he came through New Mexico, and we always talked of producing more stories and music to help spread word of the Aborigines, “because they are our teachers.”

I remember going to a party of young people in New York City with Nanao after a reading to benefit the fight for the Shiraho coral reef. It was 1985, so Nanao must have been 72 years old or so. He did a somersault into the room and came up smiling. “Growing old is a gift!” he said.

Blessings, Nanao, from the New Mexican desert you loved so much.